Scottish post-rockers Mogwai – famed for their moody, complex rock instrumentals – have announced a handful of very special UK live performances of their new album Atomic – including a two-night stint at The Playhouse (Aug 27 and 28) as part of this year’s Edinburgh International Festival.

The Glasgow five-piece will also perform at both Coventry Cathedral and The Barbican in London. 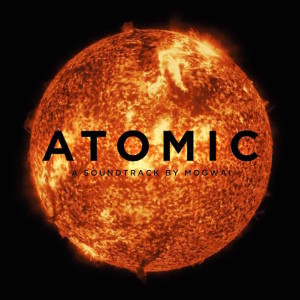 Atomic, the album, is composed of reworked versions of music the band recorded for the soundtrack to director Mark Cousins’ acclaimed documentary Atomic: Living In Dread and Promise, which first aired on BBC Four last summer. For the shows – as well as a number of worldwide dates previously announced – the Glasgow four piece will play the album live to a screening of the documentary.

Constructed entirely of archive film, Atomic: Living In Dread and Promise is an impressionistic kaleidoscope of our nuclear times, from protest marches, Cold War sabre-rattling, Chernobyl and Fukushima to x-rays and MRI scans.

Mogwai’s soundtrack encapsulates the nightmare of the nuclear age, but its dreamlike qualities too. The album was released this week via Rock Action in CD, double gatefold LP and digital formats.

Other gigs taking place at this year’s Edinburgh International Festival include a pair of shows from Icelandic post-rock outfit Sigur Rós (Aug 15 and 16), and two hometown gigs from Mercury Prize winners Young Fathers (Aug 14 and 15), while Montreal collective Godspeed You! Black Emperor will perform their live score to dance piece monumental by The Holy Body Tattoo.

GY!BE will also play a one-off gig at the Edinburgh Playhouse (Aug 10) during this year’s Festival.

Tickets for the 2016 Edinburgh International Festival go on sale on Sat 16 April at 10am. For more information, visit www.eif.co.uk