Ahead of his eagerly-anticipated visit to the Queen’s Hall on April 2, country music sensation Nathan Carter has announced new album Stayin’ Up All Night – his first to be released in the UK.

The album, out on April 29 through Decca Records, follows the Liverpool-born singer’s enormous success in Ireland, where he has had three number one albums, two number one singles and two number one live DVDs – making him nothing short of a household name.

His last album, Beautiful Life,  has been certified four-times platinum – and he even had his own Christmas TV special on RTE last year. 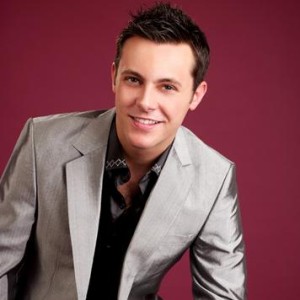 “It’s fantastic to be able to release this album in the UK as well as Ireland,” said the 26-year-old singer. “People in the UK really seem to be embracing country music at the moment and it’s amazing to see so many fans coming out to my shows, so hopefully they’re going to like the album.

“I grew up in Liverpool and I’ve always played live across the UK, and I want to make all the people who have supported me here proud.”

From the age of four, when he started learning the accordion, to being head chorister at Liverpool Cathedral, to Fleadh gold medals and singing for the Pope, music has always been at the heart of Carter’s life.

Inspired by the country music his parents loved – Johnny Cash , Waylon Jennings , Don Williams and Dolly Parton – his passion, talent and infectious personality took him from working men’s club gigs to number one in the Irish charts – with his cover of Bob Dylan’s Wagon Wheel – in short order. National TV, sold out tours and the top of the charts have been his domain ever since.

Stayin’ Up All Night features 13 tracks of Carter’s trademark modern country sound, and is preceded by the single Temple Bar, a paean to the streets of Dublin’s famous party district, which is out now.