After two years away from the spotlight, Edinburgh singer-songwriter Nina Nesbitt returns in February with the Modern Love EP – and next month she will play three warm-up headline shows in Glasgow, London and Manchester.

Released on February 5 on Island Records, the Modern Love EP is a departure from the music a teenage Nina wrote for her 2014 album Peroxide, and introduces us to a blossomed, whip-smart 21-year-old.

Upon its release in February 2014, Peroxide hit the mid weeks at No.1, charting at No.11 in the UK and No.1 in Scotland.

Top 40 singles Stay Out and Way In The World were both playlisted by Radio 1 and helped take Nina’s total combined YouTube and VEVO views to over 30 million.

The half Scottish, half Swedish singer, who attended Balerno High School in Edinburgh, has spent the last two years growing from a youthful singer-songwriter into a bona-fide pop star.

Now, she returns with a collection of songs that she feels truly reflect who she is. 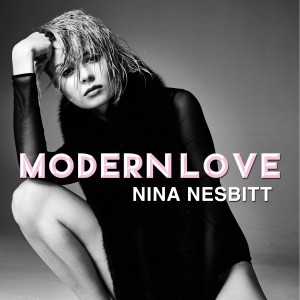 According to Nina,  the Modern Love EP “represents a new state of mind, a new person and a new life”.

“It’s a big departure from the 17-year-old girl with an acoustic guitar but it feels like the most honest music I’ve written,” continues the 21-year-old pop princess. “I’ve been left alone to do whatever I want without anyone breathing down my neck saying, ‘that’s not you’, or trying to water it down.

“I’ve spent the past two years living with friends in London and sonically documenting it.”

Lead single Chewing Gum will be revealed in the new year.

Nina’s rise has been remarkable. Since signing with Island Records in 2012, she has sold out four UK headline tours, performed at the biggest UK festivals, including Glastonbury, T in the Park and V Festival, toured Europe and played shows in New York, LA, Austin and Hong Kong.

Recently shot by esteemed Vogue photographer Damon Baker, she has been a muse to AEO jeans and Calvin Klein’s social media ambassador (CK personally chose to cover a global event in Hong Kong with Justin Bieber).

She was also recently selected to represent the Young Voice at The Women In The World summit with Tina brown alongside Cara Delevigne, Nicole Kidman and Meryl Streep.

“It’s called Niightwatch studios,” she says, “because I usually start around midnight, when everything is quiet.”

She takes production credit for EP track Masquerade. Other credits go to Dan Lancaster (Bring Me The Horizon) for Chewing Gum and Fred Ball (Rihanna) for Take You To Heaven.

Things aren’t going to be quiet for long and as Nina’s fanatical following looks set to mushroom by several more million, she is about to embark on what will be her most exciting year yet.

Following recent support slots with Ella Eyre and John Newman this year, she will be playing three warm-up headline shows in January in London, Manchester and Glasgow. Details below.

Ticket pre-sale from Wednesday, December 2 at 9am – click here to buy

Tickets on general sale Friday, December 4 at 9am – link to follow shortly