The former Balerno High School pupil, who relocated to the ‘Big Smoke’ on her own three years ago when she was just 18 years old, says her eagerly-awaited sophomore effort has been based on her experiences living in the English capital.

Speaking to the Evening Standard, the 21-year-old pop princess said: “I moved to London permanently three years ago. It’s been such an inspiring place to live. Most of my second album, which I’m still working on, has been based on experiences in this city and the people I’ve met. It’s been such an amazing place to grow up in.

“I love Scotland and it’ll always be my home, but I feel like once you reach a certain age you get that urge to escape and gain a bit of freedom and independence.” 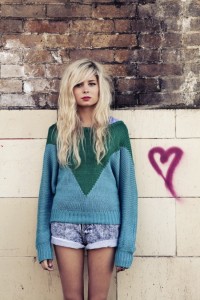 Nina – who would love to go into the recording studio with Swedish super-producer Max Martin and Chic hitmaker Nile Rodgers – said fans can look forward to plenty of collaborations on her forthcoming album, which is due to be released early next year.

The talented singer-songwriter, who was recently a guest speaker at the Women in the World Summit as part of the Dove Self-Esteem Project in London, also revealed that after dealing with cruel comments at her body when she was at school in Edinburgh, she is now speaking out to try to help other young women.

“Growing up, when I was younger, at school, everything was changing and there was a lot of focus on what our bodies looked like,” she said. “There was a lot of anxiety at that age about being too skinny.

“People thought I had an eating disorder and told me I needed to eat more. But it’s just how I am. Everyone is naturally shaped differently.”

She added: “People can be harsh at that age and don’t realise the effect it can have.

“But I’m pretty happy and have learned to love who I am and what my shape is. I think it is important for everyone to do that.” 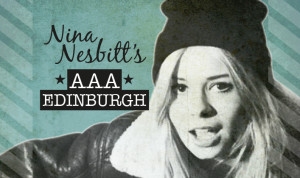 Nina Nesbitt recently took part in AAA’s weekly My Edinburgh series – click on the banner to the left to check it out, or scroll further down this page to check out some great tunes.