“When someone tells you you’re no good, you sit in a dark corner and you weep and do your grieving – and then you rise up.” So says Shirley Manson, the sassy supervixen who scaled musical heights to get to the top – and has stayed there for two decades.

The Edinburgh-born singer’s band, genre-bending alt-rockers Garbage, is celebrating 20 years since the release of their self-titled debut album with a tour which brings them to the Usher Hall on Saturday – and Manson is in reflective mood.

Stockbridge-raised, she cut her teeth in Capital bands that very nearly but never quite made it big – Goodbye Mr Mackenzie and Angelfish – before being invited over to America to audition and record vocals on a couple of unfinished tracks for a newly-forming band which featured producers Butch Vig and Duke Erickson. 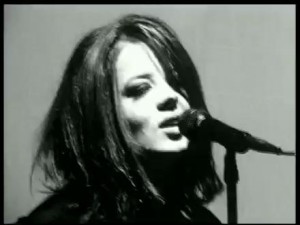 The audition was unsuccessful (Vig later said that its disorganised nature along with the Yanks not understanding Manson’s Scottish accent caused communication problems) and she returned home for a short time before giving it another try a few months later.

It was second time lucky – a proper “Cinderella story” as she says herself – and she was determined to prove herself in her new band.

“Even when we got to playing live, I felt like I was letting them down in some way,” she says. “You know, I wasn’t Bono. I wasn’t Whitney Houston. I just felt like every turn I was failing, which is painful but also it’s good for you.

“It’s good for you to always be questioning what you’re doing as an artist, I think.”

Having been plucked from near-obscurity to joining a band that looked a shoo-in for success (after all, Vig had already produced Nirvana’s colossal Nevermind, while long-time collaborator Erickson was himself a well-established songwriter, multi-instrumentalist and producer), Manson was like an (Angel)fish out of water at first, but she somehow managed to keep her “shit together”.

“I’m pretty impressed by how I kept my shit together because I had so much pressure on me, and I did not fail or fall.

“I think it helped that I came from an island; the day we were born, we were taught that we live in a society together and we’re not allowed to get out of our ‘stations’. My culture had prepped me well for the circumstance that I find myself in.”

Said ‘circumstance’ is that today Manson is a bona fide musical icon – the ultimate, kick-ass rock goddess, if you like. 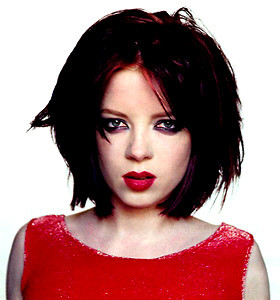 Garbage’s debut album was released in August 1995 and went on to sell over four million copies worldwide, buoyed by the now-classic hits Only Happy When It Rains, Stupid Girl, Vow and Queer.

Looking back on her extraordinary career, Manson says one of her highlights is the very first time she heard Garbage on the airwaves.

“We were driving back from an REM concert in Chicago,” recalls the 48-year-old. “I was in the car with Butch and Steve [Marker], I think, and we heard Vow on the radio.

“That was just… I don’t even know how to describe it. It was incredible.”

Garbage were soon to become one of the biggest bands on the planet, but Manson admits she didn’t think they’d still be such big players two decades on from their debut.

“I don’t think anyone [foresees longevity] unless you’re a raging egomaniac. You’d be insane to assume you’d enjoy any longevity whatsoever. It’s a delightful surprise to be at this point in my life and still see the world and make music.”

Another high point in Manson’s incredible career was Garbage being invited to play in Edinburgh’s Princes Street Gardens to mark the opening of the Scottish Parliament on July 1, 1999.

On the day, she told the crowd, “I never thought I’d see the day. A parliament after 300 years. You should be proud of yourselves.”

And she is still proud of the triumphant homecoming gig herself. “The opening of Scottish Parliament would certainly be up there for me [as a highlight of the last 20 years in Garbage].

“To get asked to represent your entire country was a thrill, and made my family crazy. It was a riot.”

In the Capital on Saturday night, the American-Scottish alternative rockers will be performing their debut album in its entirety, and it seems Manson is still loving every minute of the spotlight.

“To even get to the point where we’re still making music after 20 years is just beyond my wildest dreams – truly ,” she said. “I realise how rare that is, and I feel very privileged.”