A show charting the musical history of one of the most iconic R&B and doo-wop groups of all time is coming to Edinburgh for one night only.

Stand By Me, which celebrates the music of Ben E King and The Drifters, will be performed at the Edinburgh Playhouse on Friday 2 June. 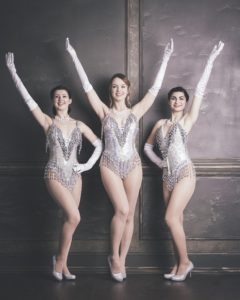 for Me, Under the Boardwalk, Saturday Night at the Movies, Sweets for my Sweet, Kissin’ in the Back Row and Hello Happiness. The audience will also get an insight into the bands legendary history through video clips and anecdotes.

The Drifters, who were founded in 1953 and inducted into the Rock and Roll Hall of Fame in 1988, are one of the biggest-selling and longest-serving bands of all time, having featured various different line-ups over years. Former members including Michael Williams, who performed with the band for 12 years, and Ryan King, who was a member for eight years, are among the cast of Stand By Me.