The death of Keith Emerson, founding member and keyboardist of Emerson, Lake & Palmer, has been ruled a suicide, the Santa Monica Police confirmed.

The 71-year-old died of a single self-inflicted gunshot wound to the head.

A police spokesman said Emerson’s body was found in the early hours of Friday morning by his girlfriend Mari Kawaguchi.

TMZ said Emerson had recently been suffering from depression and a degenerative nerve issue that hampered his keyboard playing capabilities.

“We regret to announce that Keith Emerson died last night at his home in Santa Monica, Los Angeles,” the band’s Facebook page said. 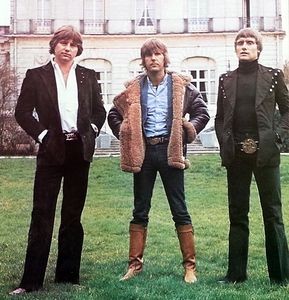 The statement asked for his family’s privacy and grief to be respected.

Palmer said on Facebook: “I am deeply saddened to learn of the passing of my good friend and brother-in-music, Keith Emerson.

“Keith was a gentle soul whose love for music and passion for his performance as a keyboard player will remain unmatched for many years to come.”

Emerson was widely regarded as one of the best keyboardists of his generation.

As well as success with ELP, Emerson also enjoyed a successful solo career and wrote the score for films such as 1980 horror flick Inferno and 1981 Sylvester Stallone thriller Nighthawks.

Emerson was born in Yorkshire in 1944.