Finally, after five years of rumours, speculation and silence, Radiohead have released their new album, A Moon Shaped Pool.

The Oxford quintet had given the record’s release as 7pm today (May 8), but the album went on sale earlier than billed. 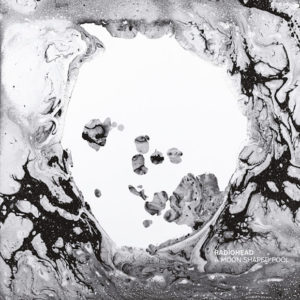 A Moon Shaped Pool is available now on Apple Music and Google Play, but has yet to arrive on the main streaming platform, Spotify.

The Thom Yorke-fronted band shared two new songs from their ninth studio album earlier this week – first, Burn The Witch, which dropped on Tuesday (May 3), then, Daydreaming, which followed on Friday (May 6), with a video directed by Oscar-nominated Paul Thomas Anderson.

You can hear both tracks below.

The new Radiohead album, the band’s first since 2011’s The King of Limbs, will be released physically on June 17.

Special edition and standard pre-orders are available from www.radiohead.com.

The band have spent years working on A Moon Shaped Pool, and they’ve teased fans every step of the way.

Meanwhile, check out a couple of tracks from the album below.

The tracklisting for A Moon Shaped Pool is as follows: