Former One Direction star Zayn Malik is set to release his autobiography next month – and you can read the first excerpt right here. 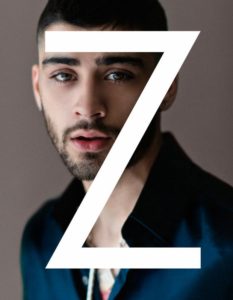 The Pillowtalk hitmaker’s “first autobiography”, entitled Zayn, will be published worldwide on 1 November.

Rather than pages of written narrative, however, the book is said to feature his thoughts, drawings and personal photographs.

Speaking of what to expect from the book, Zayn added: “I’m going to show you as much as I can so that you can judge me on my own terms, not on what the press or anyone else says.”

Malik revealed recently that he had wanted to quit One Direction for some time. “I think I always kind of wanted to go. From like the first year really, I never really wanted to be there in the band. I just gave it a go because it was there at the time,” he said.

The singer also said recently that, despite trying to stay in touch with old pals Harry Styles, Liam Payne, Niall Horan and Louis Tomlinson, he hasn’t had a reply.

“I had every intention of remaining friends with everybody, but I guess certain phone numbers have changed and I haven’t received calls from a lot of people,” said Malik, who is set to release his own solo material this year.

“I’ve reached out to a few of them and not got a reply. Certain people have pride issues, but it’s stuff you overcome in time.”

Read the first cut from the book below:

“Every lyric I’ve ever written has a story behind it. All the hard work that went into the creation of ‘Pillowtalk’ was worthwhile because, as soon as it was finished, I intuitively felt I was on the right path. It was a sick cut, nailing the exact sound I wanted to capture in my music. I was also able to sing about a subject that I hadn’t really been able to go near while I was in One Direction: sex.”

Edinburgh indie band Django Django are back – and you can