Pitch Perfect star Rebel Wilson has denied tabloid reports she will portray Adele in a forthcoming biopic movie after the chart-topping singer expressed her annoyance over the rumours.

The Daily Star originally reported that Wilson was keen to take on the role to “prove she can cut it as a serious actress”. However, Adele later said that the press only linked the pair because they are both “plus-sized”.

The Star‘s report, published on April 3, came out some 11 months after Wilson made a passing comment on the BBC Radio 1 Breakfast Show With Nick Grimshaw that she was often mistaken for the Hello hitmaker. 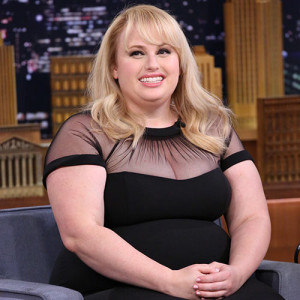 Wilson, pictured, has now taken to Twitter to deny the initial reports, writing: “I have never been offered to play Adele in a biopic… completely made up tabloid story with fictitious unnamed source”. She went on to add: “Love Adele though”.

Adele herself dismissed the reports while onstage at London’s O2 Arena on Monday night (April 5). ““I’ve heard there are rumours about Rebel Wilson will be playing me in a movie – let’s see if that turns out to be true. You don’t get to make a film without my fucking permission. Shut up. There’s no film. Just because I’m plus-sized doesn’t mean she’s playing me”.

Adele’s latest album, 25, is the biggest selling album of the year so far

The album’s success continues after it claimed the title of biggest album in the UK and the rest of the world last year.

25 logged combined sales of 406,000 this year, to top the list, based on physical, digital and streaming equivalent sales.

The album became the fastest 2 million-selling album in UK chart history last year, and has now logged 12 weeks at No.1 on the Official Albums Chart since its 2015 release.

Adele was also the big winner at the 2016 Brit Awards in February, scooping no fewer than four gongs, including best British female and best album.