BRIT Award-winning pop-rockers Scouting For Girls will headline this year’s Midstock Festival, it was announced today.

The chart-topping band, who have enjoyed eight Top 40 hits and notched four Top 20 UK albums, will perform all the biggest songs from their back catalogue – including She’s So Lovely, This Ain’t A Love Song, Elvis Ain’t Dead and Heartbeart – alongside tracks from their current album Still Thinking About You.

The trio, made up of frontman Roy Stride, bassist Greg Churchouse and drummer Pete Ellard, enjoyed a stratospheric rise to the top which included selling over two million albums, being nominated for four Brit Awards and headlining Wembley Arena. 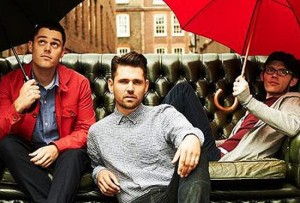 “Any Scottish audiences are great but we hear this one likes to party and we’re all set to rock the place.

“It’s going to be a great day and we look forward to playing in such a fantastic setting too. See you all there.”

Scouting For Girls last played live in Edinburgh in December, and AAA caught up with the band ahead of their visit to Liquid Room. You can read the interview HERE

Other big name acts appearing at the popular event, which will take place at Dalkeith Country Park, Midlothian on Saturday, 3 September, include Sheffield indie band Reverend And The Makers, Leeds rockers The Pigeon Detectives and Dutch dance act the Vengaboys.

Arlene Stuart, co-presenter of Forth One’s Breakfast Show, Boogie In The Morning, will once again compere the show.

The addition of two local performers, Jack Robertson and Caitlyn Vanbeck, cements the show’s policy of supporting the Scottish music scene as well as the Lothians’ community.

The family-friendly Midstock Festival will also have a range of food and drink outlets as well as fairground rides and stalls.

Tickets are on sale now at midstockfestival.com 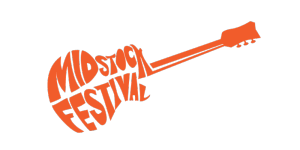