Edinburgh singer Shirley Manson insists fans should be excited about the new Garbage album because the band still have important things to say – even after 20 years together.

The 48-year-old and bandmates Butch Vig, Duke Erikson and Steve Marker are preparing to bring out a new album next spring – their first release since 2012’s Not Your Kind of People – and she says they’ve still got a lot to get off their chests.

Manson, who grew up in Stockbridge and sang with Edinburgh bands Goodbye Mr Mackenzie and Angelfish before joining Garbage,  said, “I think we feel we still have some stuff left to think about, to write about, to investigate as a creative unit together.” 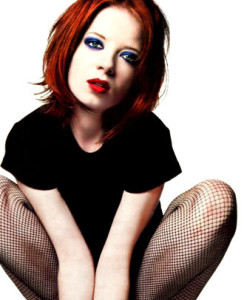 And Manson, whose band are set to play a special show at Edinburgh’s Usher Hall on 14 November to celebrate the 20th anniversary of their groundbreaking, self-titled 1995 debut album, doesn’t want there to be too long a wait between their new album and the next one, as she’s all too aware that none of the band is getting any younger.

She added: “Of course, time is not our friend, and life is still random. You never know whether we’ll be able to enjoy being together as long as we’d hope. For the time being, we’re marching forward undaunted.”

Garbage have been touring a greatest hits set to mark their anniversary and Manson says she has no problem with fans coming to their gig hoping to hear their classic tunes, such as Stupid Girl, Only Happy When It Rains, Vow and Queer.

In an interview with the Las Vegas Sun, she said, “I love it. To me, that’s a sign of success, that we’ve done something right. To be remembered at all in what is now almost 60 years of pop as we know it, to be remembered in the lexicon of music at all is a real honour and a privilege, and something I do not take for granted.

“I don’t think anyone (foresees longevity) unless you’re a raging egomaniac. You’d be insane to assume you’d enjoy any longevity whatsoever. It’s a delightful surprise to be at this point in my life and still see the world and make music.”