T in the Park kicks off tonight and, throughout the festival, AAA: Edinburgh will be chatting to some of the freshest, most exciting bands on the line-up to help you decide who to go and see.

Tonight, Model Aeroplanes will perform on the Blakout Stage, after being handpicked to perform by popular Glaswegian musician KLOE. We caught up with bassist Ben Buist to find out what they have planned for Scotland’s largest music festival.

We’ve known KLOE for a pretty long time now – we go way back. She obviously knows you can’t have the opening night of T in the Park without a group of Dundonians there!

It was really nice of her to invite us along and it’ll be fun to be part of the night. 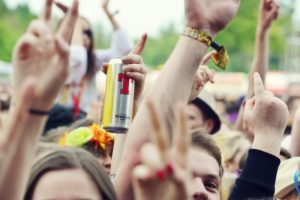 We feel honoured, as always, to play such a great festival. We’ve been going to T since we were young and it’s always a top class weekend, so helping to kick it off feels pretty cool to us.

It’s quite a crazy video that will hopefully take people on a psychological journey through time and space. We all worked with a visual and musical genius known as Bovine on the video and we couldn’t be happier with the fruity results.

We take a lot of care in preparing our set before we play festivals, especially at T in the Park. We try to make the set flow well but keep the crowd loving it. Constant energy. It’s always a special kind of set at T.

We’ve done lots of mental things at T that we’d rather keep to ourselves. What happens at T stays at T! 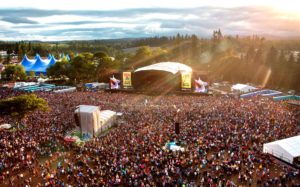 Lots of energy and hopefully a dynopsychedelic-space-funk show. Oh, and some skin.

We’ll hopefully catch Catfish, Disclosure, BORNS and it would be insane to see Red Hot Chilli Peppers on the Sunday – proper teenage vibes!

Model Aeroplanes perform on the Blakout Stage at T in the Park at 8.15pm tonight. For tickets or more information, visit http://www.tinthepark.com/