Pop star Taylor Swift set is to launch her own mobile game later this year.

The chart sensation has signed a deal with Glu Mobile to work on and release her first game, it was announced today (Feb 3).The gaming company have said Swift’s game is scheduled for late 2016, reports Variety. They will release more details about it and Swift’s involvement at a later date. 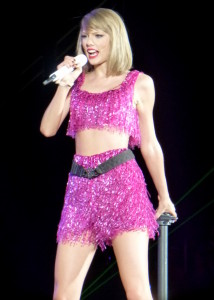 “We realise that Taylor and her global fan base expect a new and highly differentiated mobile gaming experience,” Glu CEO Niccolo de Masi said. “Glu is equally committed to designing never before seen gameplay elements that utilise Taylor’s unique creativity. Accordingly, we will spend the required development time to ensure this innovation is achieved.”

Glu Mobile has previously released games for the likes of Katy Perry and Kim Kardashian, and recently penned a deal with Scottish celebrity chef Gordon Ramsey.

Kim Kardashian: Hollywood was Glu Mobile’s first celebrity-based game, which made $43 million in three months of being released.

Pennsylvania-born Swift has social media audience of 227 million – a combination of Facebook, Instagram, Twitter and Vevo followers – which Glu hopes to tap into with their newest game.

The singer will work exclusively with the company as part of a multi-year partnership.

Details about the project will remain under wraps for now, but fans can expect the game to launch in late 2016.