Pass Out
Edinburgh College’s Performing Arts Studio Scotland returns to the Traverse with their unique take on showcase performances for graduate actors.
This year, the students will work for two weeks with cutting edge European directors including Aleksander Ivanovski (National Theatre, Macedonia) and Laurentiu Blaga (National Theatre, Romania) to create new pieces on the theme of ‘Revolting!’.
Are the cast revolting? What are they revolting against? Find out in these new pieces.
Traverse Theatre, Cambridge Street, Wednesday 23 May to Thursday 24 May, 8pm, £6-£12, 0131-228 1404 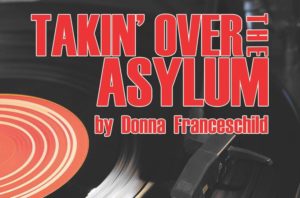 Takin’over The Asylum
When Ready Eddie McKenna, Soul Survivor and double-glazing salesman, arrives to re-launch a defunct hospital radio station in a psychiatric unit, he turns more than the ramshackle station upside-down.
The whisky drinking would-be DJ meets the irrepressible Campbell whose dreams seem untouched by reality, the hyper-organised Rosalie who is fighting a one-woman war against germs, the electronic genius Fergus whose voices tell him hes a stupid bastard, and the brittle and self-destructive Francine.
As the patients battle with perception and prejudice as much as illness, Eddie, armed only with his soul music record collection, transforms their lives as well as his own.
Church Hill Theatre, Morningside Road, Wednesday 23 May to Saturday 26 May, 7.30pm, £10–£12, 0131-447 7597

Eugene Onegin
Tchaikovsky and Pushkin: two of Russia’s greatest artists come together in this sweeping tale of unfulfilled love. A lovesick young girl; a cocky young man who thoughtlessly spurns her; a heart-stopping duel between should-be friends. Director Oliver Mears (Director of Opera, The Royal Opera) teams up with award-winning designer Annemarie Woods, setting this hopelessly romantic opera in a world full of memories and dreams, where the past is ever present.
Tchaikovsky’s soaring score, not heard on Scottish Opera’s main stage since 1993, is the most radiant of Russian lyric operas. Dramatic and expressive, it captures perfectly the desperation and raw emotion of Pushkin’s masterpiece. Natalya Romaniw (Rusalka 2016), fast making a name for herself in the Russian repertoire, sings Tatyana. Samuel Dale Johnson (The Marriage of Figaro 2016) is Onegin. Music Director Stuart Stratford conducts.
Sung in Russian with English supertitles
Edinburgh Festival Theatre, Nicholson Street, Wednesday 23 May, Saturday 26 May, Tuesday 29 and Thursday 31 May, 7.15pm, various prices, 0131-529 6000