Robin Oakapple’s plans to marry sweet little Rose Maybud are thwarted when he discovers that he is a bad baronet of Ruddygore. If he fails to commit a crime a day then his ghostly ancestors will descend from their picture frames to torture him. Does this mean that Rose will marry the dastardly sailor, Dick Dauntless? 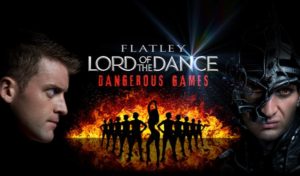 Lord of the Dance

With all the visceral precision and thrills of the original, Lord of the Dance: Dangerous Games features new staging, new costumes and choreography. With 40 of the world’s most outstanding young performers directed by Michael, and new music by composer Gerard Fahy, this latest iteration combines the best of tradition with all the excitement of new music and dance.

Michael premiered Lord of the Dance: Dangerous Games at the celebrated Palladium Theatre on London’s West End in 2014 and moved to the Dominion Theatre in 2015 where he made his final appearance on the West End stage before revisiting another sold out Wembley Arena for his final performance in the UK.

“Couldn’t you see that all my flippancy was only a mask, hiding my real emotions – crushing them down desperately!”

Welcome to a village idyll, home to the eccentric Bliss family. 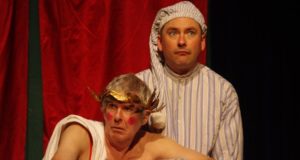 European Arts Company returns with a hugely entertaining collection of classic one-act farces by Anton Chekhov, including The Evils of Tobacco, The Dimwit, The Bear, Swan Song and The Proposal.

This is Chekhov as you’ve never seen him before – funny! Originally performed in Russian vaudeville theatres, these bittersweet plays are Chekhov at his comic best – before The Seagull got stuffed, Uncle Vanya fired blanks, The Three Sisters started moaning and The Cherry Orchard was ‘car-parked’.

Gilbert and Sullivan’s first big international success tells the story of a lowly sailor who falls in love with the captain’s daughter. 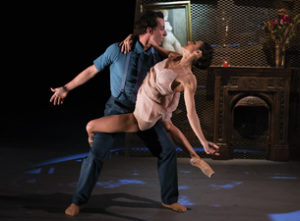 ‘Be the flame, not the moth’ Throw caution to the wind. Be led into temptation. UnmaskCasanova with Northern Ballet. Consumed by his desires, Casanova lived every minute in a whirlwind of scandal and excess. But there’s more to the man. This original ballet will expose a story so sensational you won’t believe it’s real. This spine-tingling spectacle of 18th century decadence will flood your senses and take your breath away.