Glasgow psych-folk band Trembling Bells have been known to folks in these parts for a while now – but their upward trajectory received an even bigger boost when Alexis Petridis, The Guardian’s influential head rock and pop critic, picked them out as one of the highlights of this year’s Glastonbury festival.

The band, who came together out of a mutual love of Sixties prog/folk rock, are now five albums into their career – and it’s fair to say they’ve changed direction several times down the years.

On their recently-released fifth offering, The Sovereign Self, they’ve added a Krautrock dimension to their ever-evolving sound, with an extra guitarist coming in to open up new possibilities and add extra firepower.

“Some of the songs are a little challenging,” says lead singer Lavinia Blackwall. “Bringing Alasdair C Mitchell into the band means we have the interplay of two guitars.

‘Musically, this album has been a lot more collaborative and democratic and, as a result, a lot of our other influences have come through.” 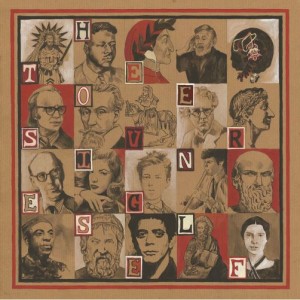 The band, whose last release was 2012’s highly-acclaimed The Marble Downs – an album recorded in conjunction with critics’ darling Bonnie Prince Billy – named their newbie after a line from Dennis Potter and its influences include psychedelia and early-70s prog and rock.

“It’s heavier and darker [than our previous albums],” continues Blackwall, whose band play Sneaky Pete’s in the Capital tonight (Sat, 25 July). “I find it physically and emotionally draining to sing these songs – because they are quite intense you have to put so much into them.”

Granted, it doesn’t exactly sound like a joyous affair on paper – but The Sovereign Self is both an engaging and oddly lifting listening experience.

“It’s darker than our other records,” says Alex Neilson, the band’s drummer and chief songwriter. “Suffering played quite a big part in its conception. I came out of a relationship and was consoling myself creatively and emotionally by reading a lot of Greek tragedy.

“The language is incredible. I immersed myself in that and then cherry-picked lines from it, distorting and personalising them.”