The Weeknd will no longer support Rihanna at her summer gig in Scotland – or any of the other dates on her current world tour.

Rihanna recently kicked off her tour in support of latest album ANTI and is due to visit Glasgow’s Hampden Park on June 27 – but Grammy-winning R&B singer The Weeknd has reportedly quit the tour due to ‘unforeseen changes with upcoming projects’.

A statement from promoters Live Nation reads: “Due to some unforeseen changes with upcoming projects, The Weeknd will no longer be joining Rihanna on her upcoming international Anti World Tour.” 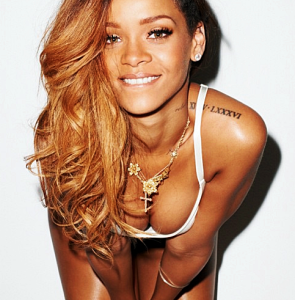 While the news will come as a huge disappointment for fans of The Weeknd, it would appear the Canadian singer is well on his way to releasing the follow-up to his hit-packed album, Beauty Behind The Madness.

It is not yet known if The Weeknd – real name Abęl Tesfaye – will be replaced on the ANTI World Tour.

Grammy-nominated rapper Big Sean will still be supporting Rihanna on the tour.

The US supertsar hasn’t performed in Glasgow since she brought her Loud Tour to the SECC in October 2011 – but she did wow crowds with her set on the Main Stage at T in the Park in 2013.

She joined fellow headliners The Killers and Mumford and Sons to celebrate the festival’s 20th anniversary.

Tickets for Rihanna’s Anti World Tour are on sale now via www.livenation.co.uk

UK and Ireland tour dates are as follows: