It’s a quiet week in Capital theatres – though we suspect that’s all going to change come the weekend, when hordes of screaming pre-schoolers descend upon the King’s Theatre for Peppa Pig’s Surprise.

Described as “a treat for your little one’s eyes and ears”, it will give the vast majority of those in attendance their first taste of theatre. And that can only be a good thing.

Elsewhere, the ever-excellent Edinburgh International Magic Festival has lots of treats up its sleeve, while The Charlie Chaplin Story, at the Brunton, is a heart warming and powerful musical tale of the first true British icon of cinema.

This fascinating story weaves through Chaplin’s early journey as a young boy through the dark streets of Victorian Vaudeville London to the glitz of early Hollywood. Featuring an all star West End cast including Steven Arnold (“Ashley” in Coronation St) Nicole Faraday (Bad Girls, Emmerdale), and a full array of amazing Actor-Musicians (‘Once’, ‘Buddy’, ‘The Commitments’), this beautiful and hilarious musical play follows Chaplin through his early career, showbiz ambitions and often-fractious relationship with his mother, family and his first love.

An untold story too fascinating to be missed. 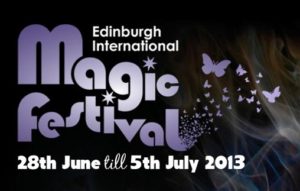 In celebration of its 7th magical year, MagicFest conjures up another awe-inspiring programme of events that will leave you befuddled and amazed.

This year’s festival launches with a brand new three-day MagicFair at Summerhall with performances from internationally acclaimed magicians, mind-boggling illusions and feats of the impossible.

Festival highlights also include a Magic School for Children, a Magic a la Carte Dinner and the spectacular MagicFest Gala, which brings the festival to a finale at the magnificent Festival Theatre. With a few other surprises being kept up their sleeve, expect the unexpected! 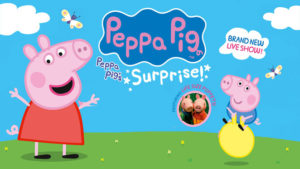 Surprise! Peppa Pig, George and their friends are back in a brand new live stage show, Peppa Pig’s Surprise.

It’s a lovely day and Peppa is playing outside with her friends. Mummy Pig and Daddy Pig have got a surprise for her and George – they can’t guess what it is, can you?

Enjoy fun, games and of course, surprises in this charming, colourful new show with new songs and new life size puppets, Peppa Pig’s Surprise promises to be the perfect theatre show for all pre-schoolers.

Check out AAA on Sunday for our review.