After a typically slow start to the year, things are really starting to pick up pace on the theatre front. At the Festival Theatre, the acclaimed James Plays, produced by the National Theatre of Scotland, return, while the Lyceum presents The Weir, Conor McPherson’s moving, elegiac tale. And there’s plenty more for theatre-lovers to enjoy besides, as you’ll see below.

James I: The Key Will Keep The Lock 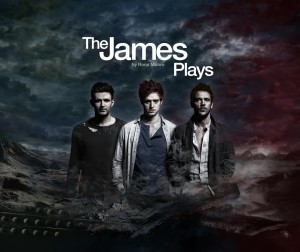 Bold and irreverent storytelling explores the complex character of this colourful Stewart king – a poet, a lover, a law-maker but also the product of a harsh political system.

James I of Scotland was captured when he was only 13 and became King of Scots in an English prison. 18 years later he’s finally delivered back home with a ransom on his head and a new English bride.

He’s returning to a poor nation, the royal coffers are empty and his nobles are a pack of wolves ready to tear him apart at the first sign of weakness.

But James has his own ideas about how to be a king and, after 18 years, he finally has the chance to realise them.

James is determined to bring the rule of law to a land riven by warring families, but that struggle will force him to make terrible choices if he is to save himself, his Queen and the crown.

James II: Day of The Innocents 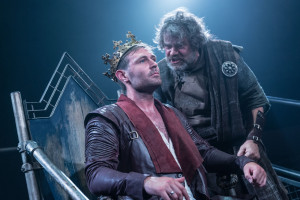 In the second play of Rona Munro’s thrilling trilogy, innocent games merge with murderous intent in a violent royal playground of shifting realities and paranoia.

A six year old boy is crowned King of Scots. Soon James II is the prize in a vicious game between the country’s most powerful families, for whoever has the person of the boy king, controls the state. Seen through a child’s eyes, the Scottish court is a world of monsters with sharp teeth and long knives.

Growing up alone, abandoned by his mother and separated from his sisters, James II is little better than a puppet. There is only one relationship he can trust, his growing friendship with another lonely boy, William, the future Earl of Douglas. The two boys cling together as they try to survive the murder and mayhem that surrounds them.

But the independence and power of young adulthood bring James into an even more threatening world. He has to fight the feuding nobles who still want to control him, he has to make brutal choices about the people he loves best, he has to struggle to keep his tenuous grip on the security of the crown and on his sanity….while the nightmares and demons of his childhood rise up again with new and murderous intent. 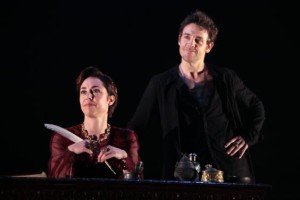 Like James III himself, the final instalment of Rona Munro’s extraordinary trilogy is colourful, brash and unpredictable. It turns its eye on the women of the royal court, both lowly and high born, who prove to be its beating heart.

James III of Scotland. He knows what he sees in his mirror. A man who’s irresistible, charismatic, a man of fashion and culture. A man with big dreams …and no budget to realise any of them. But he’s convinced a true king should never allow minor details like available cash to deprive his people of the magnificent European style court they deserve.

Obsessed with grandiose schemes that his nation can ill-afford and his restless nobles will no longer tolerate, James is loved and loathed in dangerously unstable proportions. But Scotland’s future will be decided by the woman who loves him best of all, his resourceful and resilient wife, Queen Margaret of Denmark.

As dreams battle brutal realities and the nation thunders dangerously close to regicide and civil war, her true love and clear vision offer the only protection that can save a fragile monarchy and rescue a struggling people. But the cost for Margaret herself may be too high… 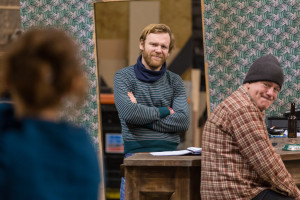 “There’s no dark like a winter night in the country. And there was a wind like this one,howling and whistling in off the sea. It was this type of night now. Am I setting the scene for you?”

You are guaranteed a good laugh and warm welcome when you join the local lads in Brendan’s Bar county Leitrim.

When a young woman arrives from Dublin, the fellas impress her with their local ghost stories but as the night draws in, Valerie will share a haunting tale of her own.

Winner of the Evening Standard, Critics’ Circle and Olivier Award for Best New Play, Conor McPherson’s moving, elegiac tale is a masterpiece of modern theatre. Quietly compelling and strangely chilling, The Weir is the perfect story for a winter night.

Agatha Christie’s A Murder Is Announced 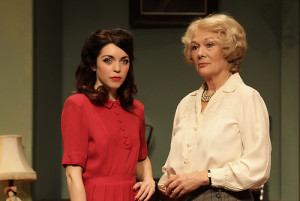 “A murder is announced and will take place on Friday, October the thirteenth, at little Paddocks – at six-thirty p.m.”

The residents of Chipping Cleghorn are astonished to read an advert in the local newspaper that a murder will take place at the home of Letitia Blacklock.

Unable to resist, the group gather at the house at the appointed time, when the lights go out and a gun is fired. Enter Miss Marple, who must unravel a complex series of relationships and events to solve the mystery of the killer.

Both Judy Cornwell and Diane Fletcher have distinguished careers spanning over 50 years on stage and screen. Judy Cornwell is probably best known for her much loved portrayal of Daisy in the hugely successful TV sit-com Keeping Up Appearances, while Diane Fletcher is forever immortalised as Elizabeth Urquhart in House Of Cards.

In Love And Warcraft 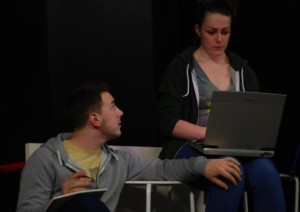 Evie is a master of relationships. Other people’s relationships. That’s why she has a waiting list of classmate clients willing to pay her to get their exes back.

How? She uses strategy, skills and tactics she picked up on the way to becoming one of the best World of Warcraft players in the world.

She finds people’s weaknesses and attacks with weaponised words containing just the right amount of guilt, longing, and whatever a relationship may need.

As for Evie’s relationships? IRL? AFK? Well… all the action she’s interested in is happening on the battlefields of WoW.

When it comes to sex, Evie is a complete N00b and not interested. Even despite the advances of new boy Raul, but then he may just prove to be the trickiest Boss she’s ever faced. 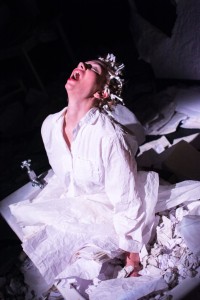 An intimate wordless world, where the audience become voyeurs. An exploration of the power of infatuation in a relationship, from fantasy and intimate attachment to loss. A poignant and powerful portrayal of one woman’s effort to find and experience love. A sensual and compelling visual theatre solo combining object theatre, kinetic art and an original live score.

As well as Torn, which toured nationally and internationally in 2015, the company has also created Celeste’s Circus, a successful production for children which has been presented at venues throughout Scotland, and at the Tallinn Treff Festival 2013, in Estonia.

Torn has been developed by the company over the past three years with financial support from Puppet Animation Scotland’s Creative Fund and Creative Scotland.

All text supplied by third parties